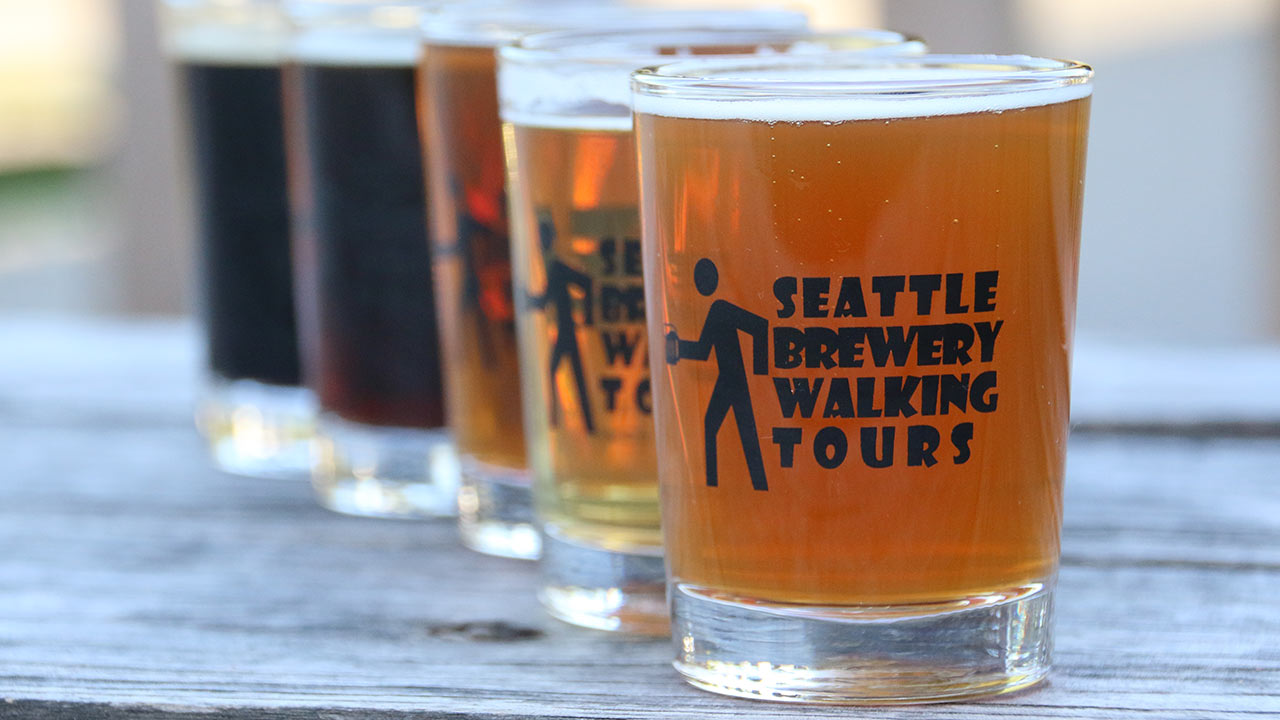 Organize Your Virtual Beer Tasting Flights Like A Pro

When I lead tours to our local Seattle breweries, picking the beers for our tasting flights was always fun, but at times a bit challenging. The beers at our craft breweries change with the seasons and what was on tap one day may not be available the next day. I also need to balance out the beers from one brewery to the next. For example, each of the breweries has a great IPA, but I can’t have a tour overloaded with a lot of IPA's. I need to think of the beers in each brewery and what we will be sampling through the course of the tour. If you are Conducting a Beer Tasting During the Coronavirus Lockdown then choosing the beers for your virtual beer tasting can be just as challenging. Choosing the beers for your tasting flight can be a bit of science, a little art and your personal tastes. Everyone has their own rules on how to organize a flight of beers and since there are so many rules, there are really no rules. But there are some guidelines and some suggestions.

A common practice for setting up a flight of beers is to start with a lighter, more delicate beer and end up on a stronger beer. The idea is that if you start off with a stronger beer, the heavier flavors will overpower the lighter beer. For example, the extreme bitterness of a 90 IBU Double IPA for your first beer would linger and affect how you experience a lower IBU Pilsner. Or a lightly tart Göse may not taste as refreshing if you try it after a barrel aged Imperial Stout. So here are some loose guidelines that may fit most occasions. 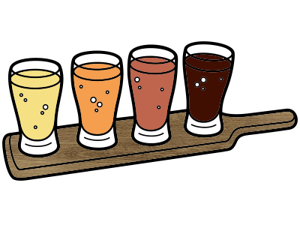 This is a common flight that you may often see at a craft brewery. Start with a light-colored beer such as a Pilsner and taste progressively darker beers such as an amber ale, a brown ale, a porter and a stout. This flight is delicious and makes for some of the best beer flight images on Instagram.

The more bitter a beer, the more it taxes the palate. This is a good reason to not start a flight with a high IBU beer. Generally starting off with clean, crisp beer and moving to hoppier, more bitter beers is a great flight choice. But be aware that not all IBUs are created equal. The perceived bitterness in different beers can be quite surprising. For example, a Russian Imperial IPA can be very sweet and have an IBU similar to a very bitter Imperial or Double Indian Pale Ale.

With the above “rules” in mind, there are many ways to organize the beers you will be tasting. In order to get some variety, there should be at least four beers in your tasting, but six or eight beer flights are fine. But pace yourself. For the most part you will not be sharing a bottle, and this may be more alcohol than you need in one sitting. On the other hand, you are not driving home. Just know your limit and drink responsibly. Here are a few flight suggestions.

This is essentially what you are doing when you walk into your local craft brewery and order a flight of beers. You are getting a sampling of all the beer styles a brewery has to offer. Most craft breweries will have a good range of styles, strengths and types of beers. If you ask, I am sure the brewery will give you some great suggestions.

If you are a fan of a particular style of beer this would be a great opportunity to compare your favorite style between different breweries. Pick a beer style that is available at four or six different breweries and compare them. For example, almost every brewery will have an IPA or a Stout. How do they compare with each other? Which is your favorite? How does each brewery interpret the style?

A twist on this would be to compare the variations within a specific style. For example, you can set up a flight that includes a Session IPA, an American IPA, a Double IPA, a hazy New England IPA, a Black IPA and a Brute IPA. Many breweries have most of these styles in their regular line up. Or you can compare an Irish Dry Stout, an Oyster Stout, a Coffee Stout, a Chocolate Stout and an Imperial Russian Stout. I once attended a tasting where Pumpkin Ales were the only beers on the tasting list. There are lots of styles, so use your imagination.

Country or Tradition of Origin

Each brewing tradition has a rich history and an amazing variety of beer styles. You can organize your flight around a particular brewing tradition. For example, you can have a German Lager night with a Helles Lager, a Vienna Lager, a Dunkel, a Maibock, a Doppelbock and end up with an Eisbock. The British tradition could produce a flight list that includes a Mild Ale, a Bitter, a Pale Ale, an English IPA, a Brown Ale, a Porter and a Stout. Belgian beers could include a Witbier, a Belgian Blonde, an Abbey Dubbel, an Abbey Tripel, a Strong Golden and a Strong Dark Ale. These are just some off the cuff suggestions, but they can be fun and instructive.

I had mentioned that I once attended a tasting of Pumpkin Ales, and every year my friend Santa hosts a 12 Beers of Christmas tasting. These are both great examples of seasonal beer flights. We hope that the coronavirus lockdown does not extend into the fall and winter. But it is now spring so look for Irish Ales and Irish Stouts, Bocks, IPAs, Blond Ales and Fruit Beers. As the weather warms up, we’ll want something light and refreshing like a Pilsner or Helles Lager, Wheat Beers, Kolsch Beers, Summer Ales or a Saison. Most likely the craft brewers started brewing these seasonal beers before the lockdowns started, so there should be plenty on hand.

Have you ever noticed that there are a lot of similarities with a Blonde Ale and a Pilsner? Perhaps you find it hard to tell the difference between a German Dunkel Lager and an English Brown Ale. Put your skills to the test with a match-up between a German Schwarzbier and a Robust Porter. There are a lot of beers that have a similar flavor profile and look but are from completely different brewing traditions. I bet you can find a few examples from your local breweries and put together an interesting and challenging beer flight.

This may be the most challenging type of flight, but it can be very educational. A vertical flight is comparing the same beer over several years. This usually takes years of planning. Who among us has a beer cellar with beers stored by vintage? Well, some of you do, but most of us don’t. Since big beers like barrel aged porters and stouts or strong Belgian Ales age better than more delicate beers, these are the styles most often found in vertical beer flights. Check with your local breweries. Those that have had an active barrel aging program for a while may have different vintage beers on tap or in bottles. It is interesting to see how beers can mellow and change over the years, or how one recipe can change from year to year depending upon the hops and malts used.

For more information about organizing your own virtual beer tasting, take a look at our blog on Conducting a Beer Tasting During the Coronavirus Lockdown and our tips on serving beers, and evaluating and judging the beers for your tasting. You can get all this information by downloading our Virtual Lockdown Beer Tasting Guide.

When you are all done let others know about your beer tasting and what you think of the beers. Post your tasting list, beer photos, the winners and other descriptive accounts to social media such as Facebook, Instagram or Twitter. Be sure to tag the breweries and use #lockdownbeertasting and #virtualbeertasting. If you want to tag @seattlebrewerywalkingtours that would be groovy too.

Let me know how it went. I’m looking forward to hearing about your experience. 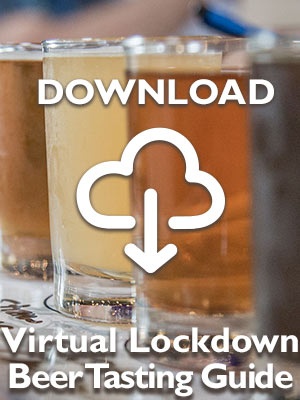