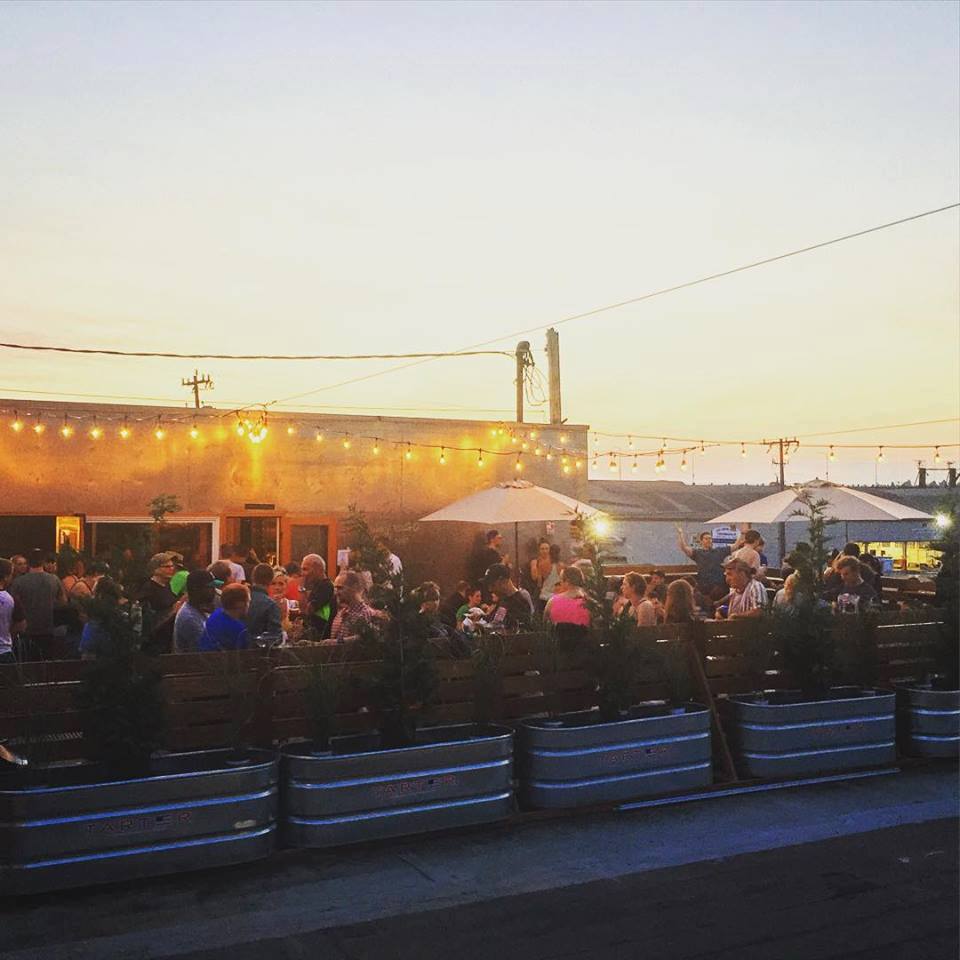 When the Ballard Bridge is up stop by Rooftop

When you visit Rooftop Brew Company, just off the South Ship Canal Trail near the south end of the Ballard Bridge, you may see someone with a t-shirt that says, "I used to drink beer in an alley behind the 7-Eleven." And that is exactly where Rooftop began, just down W Nickerson St., near Seattle Pacific University in a tiny brewery in an alley behind the 7-Eleven. Brewer Craig Christian knew he wouldn't stay in the alley long and optimistically named his nano-brewery Rooftop Brew Co. Now their outdoor patio, on the roof of their expanding brewery, overlooks the Lake Washington Ship Canal and the Ballard Bridge, and is the perfect spot to enjoy their Glorious Basker, a Blood Orange Wheat Beer, or their Stargazer IPA.

They say location is everything and Rooftop Brew Co. shares their location with Zoka Coffee Roasting Co. Coffee is Seattle's other favorite beverage and proximity has encouraged some noble pairings. There is usually a coffee inspired offering on tap such as the Mekada Coffee Porter, brewed with chocolate malt and cold brewed coffee or this summer's Ladro Sul Tetto - Coffee Infused Pale Ale. A combination for some award winning brews.

Rooftop has open rooftop seating, with covered and heated sections for inclement weather, and attracts locals and their families, as well as beer lovers from all over Seattle. Most evenings there is a great food truck parked out front so you can enjoy your burger and beer al fresco along with some great folks.