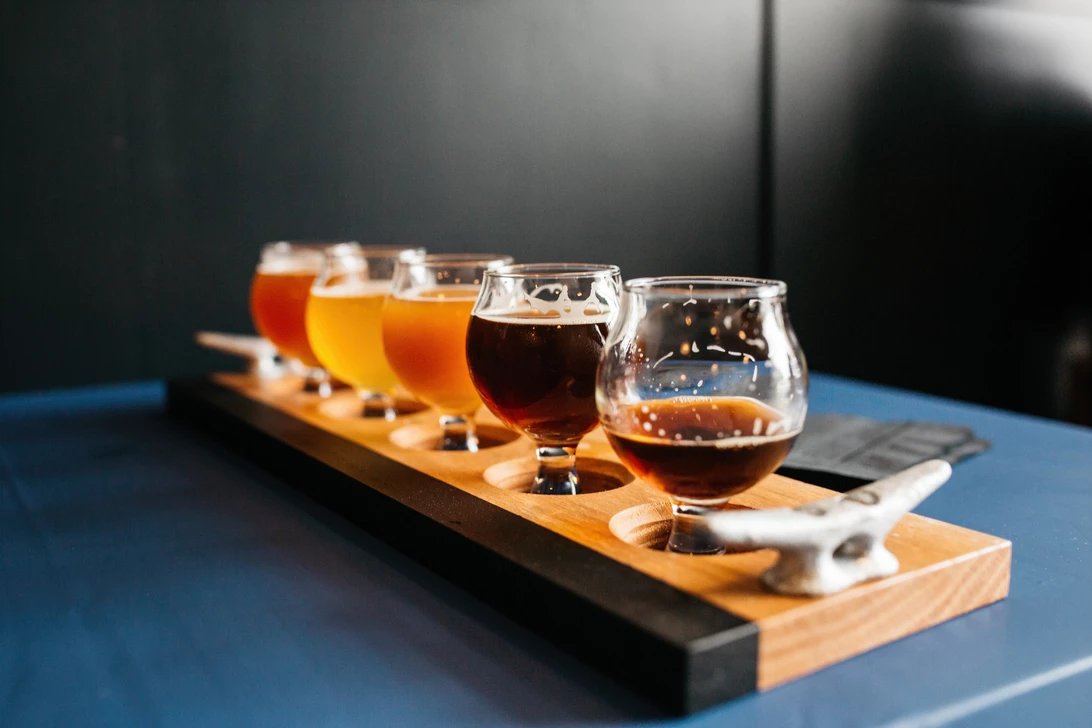 Across the street from the Fisherman's Terminal

Figurehead Brewing was founded in 2016 and truly reflects its neighborhood and the traditions of Northwest brewing. Owners and brewers Bob Monroe, and Jesse Duncan were friends and hoembrewers who shared a passion for beer and sharing theirlatest creations with friends. When they meet Jesse Warner that passion grew into Figurehead Brewing Co.  They refurbished some old milk tanks from Wisconsin and turned them into a 300 gallon mash tun and a 500 gallon kettle. Next they acquired three 7 bbl (217 gallon) conical uni-tank fermenters. Uni-tank means the beer ferments, conditions and carbonates all in the same tank. When you visit the brewery you'll be able to see them, they are just a few feet from the bar.

Because they brew in small batches there is always something new to try at Figurehead. Bob and Jesse like simple, honest, straightforward, high quality beer. They especially like to focus on the different combinations of malt and yeast without being too aggressive with the hops. There is an impressive line up of English style ales and stouts, perfect after a long trip at sea or a walk in nearby Discovery Park on a blustery day. Figurehead also boasts some very fine Belgian ales including Trappist and Abbey style beers. If you are a hops fan, do not despair, they always have a great IPA or two on hand.

In keeping with their desire to brew beers they can share with their friends and neighbors the Figurehead brewpub is a great neighborhood pub. On any given day you'll meet folks from down the street on an evening walk, sailors and dockworkers from the Terminal or cyclists at the end of a 20 mile ride. If you are lucky you'll run into Al, a neighborhood regular handing out slices of his freshly baked bread.