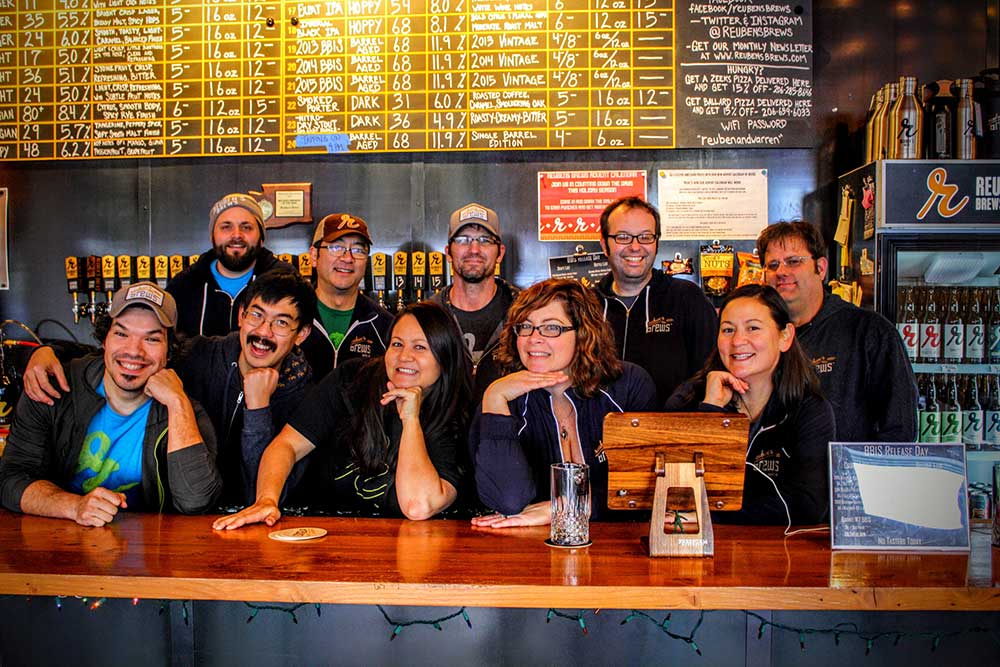 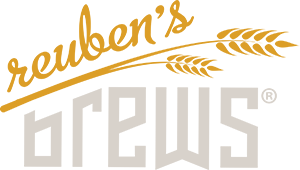 When you go into Reuben's and look up at the board listing all the beers on tap you may be a bit overwhelmed with the two dozen choices available. And they change the beers so often they are listed in chalk! Reuben's is dedicated to brewing a number of different, distinctive, "Killer" beers in small batches. If you really like the Marzen you will find the next time you come in it may be replaced by a Mexican Lager or a 3 Way IPA. This should not be cause for concern. Anytime you come by you will find an exceptional beer to your liking on tap. That probably explains why this family-run and family friendly brewery always seems to be so busy.

When Brewmaster and co-founder Adam moved to Seattle from the UK he was blown away by the diversity and quality of the local beers. That is saying something for someone from Great Britain, the home and inspiration for so many of the beer styles so popular in the Pacific Northwest. It is also a testament of how far the brewer's art has advanced here in Seattle when a Brit is inspired to start brewing after exposure to the local beers. After Adam's month old son Reuben gave him a home brew kit there was no stopping him and we are all better off for it. (I know, it's a cute story, read about it on Reuben's website.)

Since it's opening in 2012, Reuben's Brews has racked up the Gold Medals and awards including those beers you will always find up on the chalk board like Gose, a traditional German sour ale, the Crikey IPA and the Robust Porter. What you really need to do is get a couple of your friends, three or four of the 2 ounce tasters, a bowl of free pretzels and sit at one of the long patio tables and try something new. The hard part will be making a choice. There will always be some seasonal favorites and some special rotating beers such as the Imperial IPA, the Berliner Weisse and their special Taproom Series. And there will always be something good.