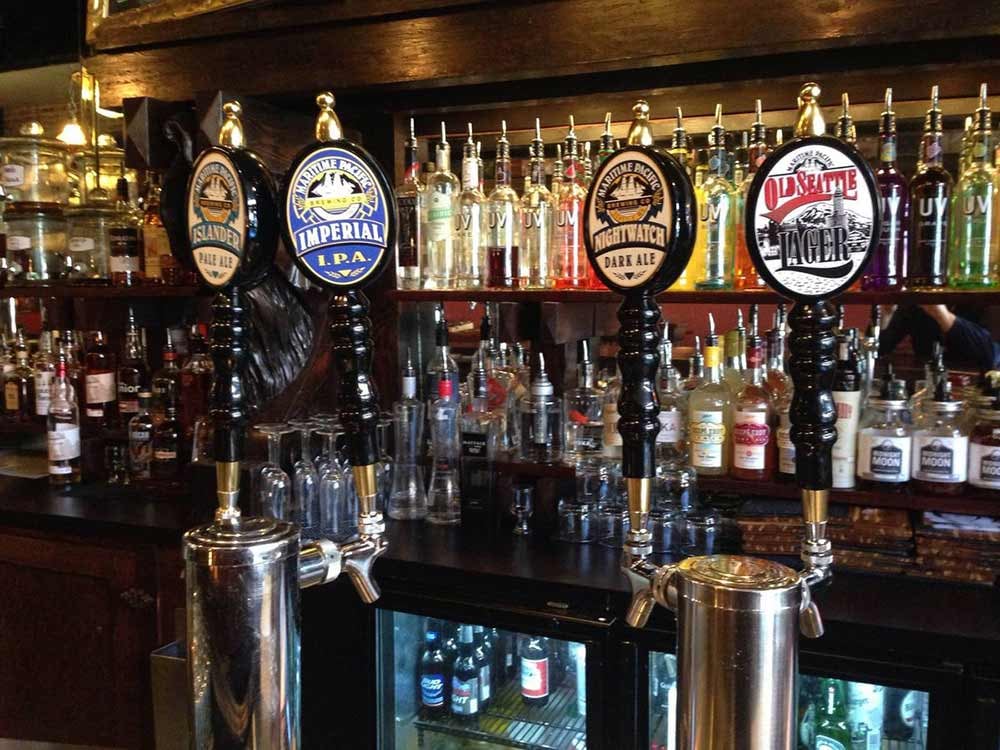 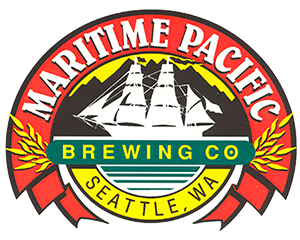 When you walk into Maritime Pacific's Jolly Roger taproom you will be forgiven if you utter an involuntary "ARRGH!" or "Shiver me timbers!" Pirate flags drape the wooden beams and a large, antique treasure map is painted on the floor. The theme is reflected in the Captain's Nautical Supplies store across the street and the close proximity of the Lake Washington Ship Canal. In fact Ballard has traditionally been the home port to many Northwest mariners and a hundred years ago a tall masted ship silhouetted against the Olympic Mountains would not have been an uncommon sight. The family-owned Maritime Pacific has been brewing ales and lagers in honor of this seafaring tradition since 1990.

Maritime's brews have been a staple in local pubs for over 25 years. Local favorites such as the Nightwatch Dark Ale, the Flagship Red, Imperial IPA and the Old Seattle Lager are always close at hand. Everyone in Seattle knows it is close to the Yultide when the Jolly Roger Christmas Ale is available on tap. With 14 taps on deck at the Jolly Roger there is plenty of room for seasonal beers such as the Windfest Oktoberfest Lager, the Summer Kölsch, the Maybock or the Bosun's Black Porter.  The Jolly Roger also features three genuine English beer engines for cask-conditioned versions of their ales.

If you are a long time beer enthusiast you may have enjoyed a cask-conditioned ale in the past. If you are new to micro-brewed ales this will be a new, exciting, experience. Often called cask ale, or in England, Real Ale, it is brewed with traditional ingredients, and undergoes a secondary fermentation in the cask. It is very delicate and is best consumed close to the source. The Jolly Roger is the perfect place to enjoy a fine, cask-conditioned ale, especially when it is paired with some of the great tasting food from their kitchen. The chefs often incorporate Maritime's beers in their cooking and your server will always have an excellent suggestion for an amazing food, beer pairing.