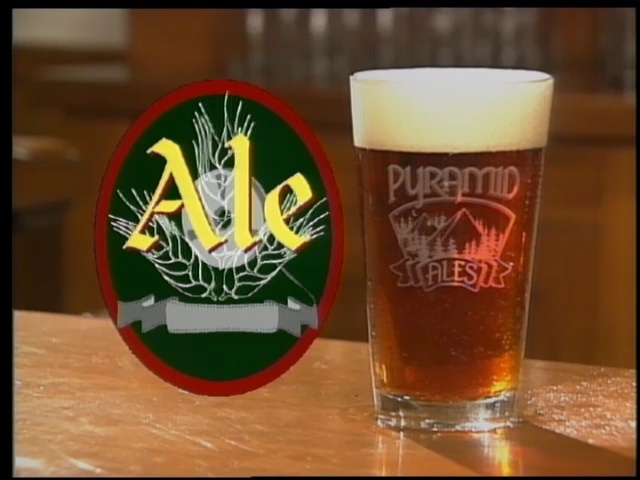 If you walk into a Microbrewery in the Pacific Northwest and ask for a beer, nine times out of ten you will be handed an ale. In fact, ales have been at the center of the North American Microbrewing Renaissance since the early 1980s.

But if you just ask for an ale you may get an Indian Pale Ale, an Extra Special Bitter or a Barrel Aged Imperial Stout, every beer tasting completely different, looking completely different and coming from different brewing traditions. Many Americans think that ales are just the beers brewed in the British Isles. Many of the styles popular in our local pubs come from traditional British style ales but ales transcend boarders. Kolsch, a light, hoppy ale is the traditional beer of Cologne, Germany. Many wheat beers are ales and Belgian Ales defy classification with their many distinct and eccentric brews. The only thing that makes an ale an ale, as opposed to a lager, the other major classification of beers, is the yeast.

It is all about the Yeast

Many people will tell you that an ale uses a top-fermenting yeast and lager uses a bottom-fermenting yeast. They both use different types of yeast but this distinction is a misunderstanding of what is happening during fermentation. Early brewers did not know about yeast, yet they used it every day. The most common yeast is called Saccharomyces cerevisiae and it is found worldwide. It is used to bake bread, ferment grapes into wine and to make beer. Early brewers thought the fermentation was a “magical” or “spiritual” event that was a gift from the gods. The yeast was naturally in the environment, worked at room temperatures, usually in the 60–75°F (16–24°C) range, and it worked relatively fast. During the fermentation process the yeast works throughout the wort, the liquid mixture of water and barley, to change the starch and sugars into alcohol. This is a pretty active process and produces a lot of bubbles and a large, fluffy foam on the top of the liquid called a Kräusen. Lager beer is brewed with the Saccharomyces pastorianus strain of yeast. It works best at a lower temperature, usually between 45–55°F (7–13°C) and processes the alcohol much slower. Lager yeast produces a much smaller Kräusen and brewers mistakenly assumed that the fermentation was taking place on the bottom of the vat. For more information on this read Lager Beer vs. Ale Beer-Does It Matter? In All About Beer Magazine and What is the Difference between Ale and Lager? in Craft Beer & Brewing Magazine.

Because the Saccharomyces cerevisiae worked quickly and requires no refrigeration ale can be produced in any climate, from the deserts of the middle east to the cool green hills of Scotland and Ireland. This has resulted in a large variety and styles of ale throughout Europe and North America.

A World of Different Ales

This world of ales has given us Bitter Ales, Pale Ales, Brown Ales and Porter from England; Scotch Ale from Scotland; Stouts from Ireland; Belgian Ales and Trappist Ales from Belgium and Northern France; and Altbier, Kolsch, Weisse and Weizenbier from Germany. Most of these ales can be found in most Pacific Northwest breweries and pubs. 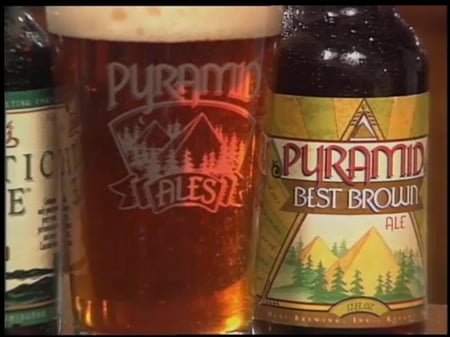 When the microbrewery Renaissance started in Washington State in the early 1980’s many of the pioneering microbreweries such as Red Hook, Hale’s and Grant’s brewed ales. Gordon Bowker and Paul Shipman brewed the first Redhook Ale in 1982 and quickly followed up with Blackhook Porter in 1983 and Ballard Bitter in 1985. Scottish born brewer Bert Grant established the Yakima Brewing & Malting Co. and poured his first Pale Ale in Yakima’s Grant’s Brewery Pub in 1982. He soon followed with an IPA, an Amber Ale and his justly famous Scottish Ale. Mike Hale was on a bicycle trip across England when he fell in love with the beers served in the small villages across the countryside. Mike apprenticed for a year at Gales Ales Brewery in Horndean, England, then returned to the Pacific Northwest to open Hale’s Ales Brewery in 1983. Ales are part of his name and you can always find a Pale Ale, Amber or Porter ready to pour in his Seattle based Hale’s Ales Brewery.

Part of the enthusiastic embrace of ales by microbreweries has been a desire to brew something distinctly different from the mass-produced lagers of the large American beer brands. Economically it made sense. Small brewers did not need to invest in refrigeration equipment or store beers during long maturation periods. The British style ales quickly became popular with the growing crowd of real beer enthusiasts. It is almost impossible now to go into a pub, bar or restaurant in Seattle and not be able to order an IPA or a Pale Ale. This does not mean that the ales in Seattle are identical to those found in Britain.

Most of the ales served in the Pacific Northwest were originally inspired by the ales of the British Isles and many take great pride in producing a beer as authentically as they can. But this being America we cannot leave well enough alone and every brewer will experiment with the recipe and the style. One of the distinctive characteristics of Northwest beers is the use of Cascade hops, a variety developed at Oregon State University in 1971 and grown in Washington, Oregon and British Columbia. North-westerners love their hops making the IPA, or Indian Pale Ale, one of the region’s favorites. Local brewers love to teak formulas and experiment with different beer styles. This results in such distinctive beers as American Pale Ale, Cascadian Dark Ale, and the American Blonde Ale. Nor do most brewers shy away from introducing something other than barley malt, yeast and hops into the beer. Most British pubs would not pour Blood Orange Honey Wheat Ale, a Two Pepper Pale Ale (infused with shishito and habanero peppers), or the Makeda Coffee Porter but it is just a short walk to find a Seattle brewery featuring such distinctive ales. Make it a point the next you visit your local brewery to ask for an ale that can only be found in that taproom.

Lager Beers, the Most Popular Style in America
posted at May 7, 2017