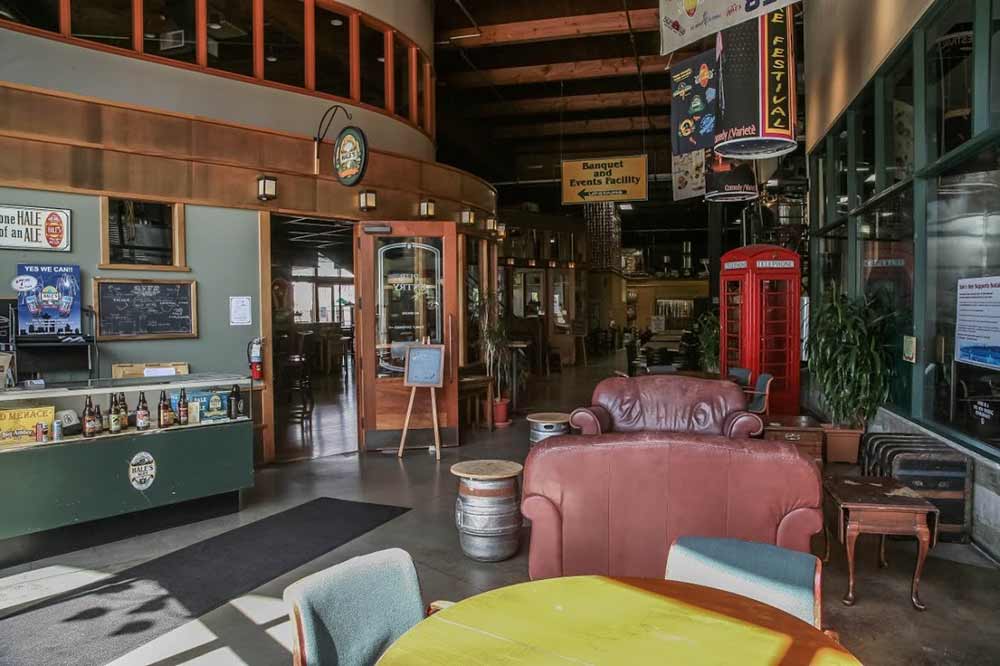 Mike Hale is one of the pioneering founders of the North American microbrewing renaissance and Hale's Ales is the longest running independently owned brewery in the Pacific Northwest. While on a bicycle tour of England in 1982, Mike realized that in each small village he visited the beer tasted different, it tasted great. The beers were brewed locally and tasted fresh and unique, unlike mass-produced American beers. He immediately arranged a brewing apprenticeship at Gales Ales Brewery in Horndean, England and a year later he opened his own brewery in Colville, Washington. The first beer available was his draught only, Hale's Pale Ale American Ale. After building breweries in Spokane and Kirkland he opened, in 1995, his state-of-the-art, 30-barrel brewery and pub in Fremont.

Hale's motto is, "Think Globally, Drink Locally." His vision is to produce world-class ales, by the use of traditional English methods, using locally sourced natural ingredients, and to deliver the finished ales to local beer lovers as absolutely fresh as possible. This philosophy extends to the pub as well where local, farm fresh ingredients are used to create tasty pub food in a family friendly environment. Thinking Globally has inspired Hale's Ales' commitment to sustainability. In 2012 Hale's Brewery invested in the west coast's largest hybrid solar water heating system to heat the water used in brewing. This reduced their consumption of natural gas by 60%.

Local ingredients, sustainability and the reason Hale's is on our tours: great beer. Hale was originally inspired by the village ales of England and you will find plenty on tap, such as, Hale's Pale American Ale, Nut Brown Ale, Red Menace, Troll Porter, and several IPAs. But that doesn't stop him from also brewing a German Kolsch, a Pilsner, or a Wiezen Ale. No one can claim to know Northwest beers without knowing Hale's.