What the Telephone Teaches us about the Future of the Internet 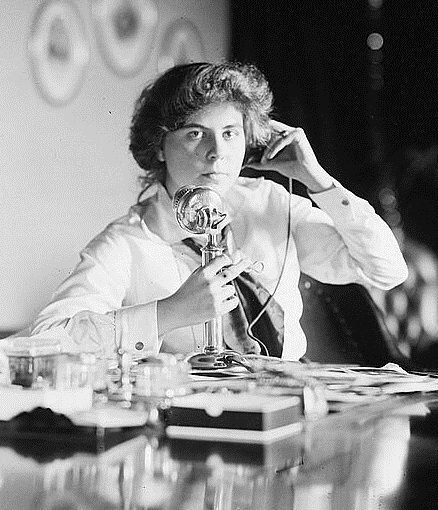 As more and more people sign up for Facebook accounts and as texting overtakes phone calls we have been subject to an avalanche of books, articles and blogs such as How the Internet is making us stupid by Nicholas Carr, or 13 ways the Internet is making us smarter, by David Weinberger or even how social media influences revolutions in my own blog Revolution 2.0 and Social Media. We are even seeing infographics like Is social media making us socially awkward? by Schools.com. The interesting thing is that these debates are not new nor have they been limited to discussions of the pros and cons of the internet. There have always been those who saw great promise in new technologies while others saw the end of our way of life. Usually both have been wrong. Consider that Philo T. Farnsworth, television’s inventor, thought television would end war or that in 1939 a critic in The New York Times dismissed television on the grounds that “the average American family hasn’t time for it.”

In the Spring 2012 issue of The Wilson Quarterly there is a very interesting article by Tom Vanderbilt titled: The Call of the Future. According to Vanderbilt, “Today we worry about the social effects of the Internet. A century ago, it was the telephone that threatened to reinvent society.” By looking at the history of the telephone and its adaptation into society we can see some familiar patterns about how we react to technological changes and learn to adapt. From our perspective the telephone seems natural and a useful communication tool. In fact many critics today lament the rise of texting while voice calling seems to diminish but acceptance of the telephone was not universal 120 years ago. In the late 19th century some saw the telephone as an “antidote to provincialism,” while others thought telephones brought on the “destruction of community because they encourage far-flung operations and far-flung relationships.” In fact businessmen often looked down on telephones preferring letters and the telegraph. According to Vanderbilt all new technologies go through three stages.

Even though it may seem that computers, the internet and social media permeate our lives we are still, I believe, in the second stage where the technology is still working out its kinks. There is still a lot of speculation about what is good and what is bad and where everything is headed. My tendency is to follow a course between the doomsayers and the true believers. As it turns out, the telephone, and movies and radio and television, changed life but didn’t cause the end of civilization nor herald in a grand new utopia. In the article Tom Vanderbilt quoted historian George Daniels: “Habits seem to grow out of other habits far more directly than they do out of gadgets.” As social historian Daniel Boorstin, also quoted in the article, points out, “the telephone was only a convenience, permitting Americans to do more causally and with less effort what they had already been doing before.” The internet and social media is neither good nor bad, it is a tool that we are trying to figure out how to use. The sales person in 1920 who figured out that they could make more sales calls a day on the phone as opposed to their competitor taking the train to their next sales meeting benefited from the new technology. Today, a sales person may find that they get more sales using inbound marketing and the internet to generate leads as opposed to their competitor still making cold calls. What will the future bring? I have no idea but I am sure it is not going to be as good, or as bad, as everyone says it will be. We will still need to communicate and we will still engage in business and we will need to figure out how to do that. I’m choosing to stay abreast of the changes and adapt.

Let me know what you think of the changes and what the future holds.