Pinterest May Not Be Good for your Inbound Marketing Strategy

In my last blog on whether you should use Pinterest for your inbound marketing plan I mentioned that the platform was made for collectors and that it drives more referral traffic then YouTube, Google Plus and LinkedIn combined. Even with over 21 million users Pinterest may not be the best platform for you. Just because a social media platform has a lot of users and is very successful does not mean that you should use it for your inbound marketing strategy. A personal example would be StumbleUpon. According to shareaholic SutmbleUpon has the second highest traffic referral rates and fairly decent user base of 16 million worldwide users. Indeed, 14% of inbound traffic to my website from social media sites has come from StumbleUpon. Yet I have not received one lead from that traffic. I get less traffic from Twitter and Facebook but more leads. For some reason StumbleUpon and my site just don’t click. That’s fine, I do a lot better on LindedIn with my largest share of traffic and leads coming from organic search. Just because a site is popular does not mean it’s a good fit.

If you have a customer profile you know who your customer is and a bit about their needs and habits. Anytime you are considering a new marketing channel take a look at the channel’s demographics. A great free tool for anyone with a Google Account is Google’s Doubleclick Ad. It is designed to help you plan out your Google Adword Campaign but it is invaluable for anyone who is doing a bit of research on a website or social media platform. Since the tool lets you view data by country it is pretty easy to find statistics for your area. Since I live in the United States and 90% of Pinterest users do too we’ll be looking at those demographics. Here are some basic demographics for the U.S. during January 2012:

Another piece of information we can glean from DoubleClick Ad Planner are areas of interest. This lists topics that visitors have an affinity for. The affinity score shows how much more likely a visitor to Pinterest is interested in a specific topic as compared to the average internet user. The higher the affinity score the higher the connection between that interest and people who visit Pinterest. What we see is that Pinterest users are interested in these topics:

These subjects would seem to support the earlier demographic information in that these topics generally are more appealing to women. This is not to say that men are not on Pinterest. In fact here is a great Pinterest board on Motorcycles from Rob Greenwood. But someone marketing women’s shoes or fashion will have a larger audience than will Harley Davidson.

The other important distinction is that most of these topics are visual and this makes sense for a platform that “pins” images on to a board to share. If you are marketing a service or a business that is not visual then Pinterest may not work. Someone may find tax annuities very useful but it’s hard to get as excited about it as Kate does about boots on her Love affair with boots board.

Pinterest may be a good option if your market is there and you have a product that is visual and would be easy to share. If you don’t think your brand can be visual check out General Electric’s Boards Now I am not saying that if your market is mainly men you should not consider Pinterest, but I am saying that if you sell jewelry to women, you probably should be on Pinterest. For some more examples of brands that are doing a good job on Pinterest look at HubSpot’s blog of 7 Example of Brands that Pop on Pinterest. If you know of some successful uses of Pinterest let me know about them in the comment section below.

As I mentioned before Pinterest is, for now, by invitation only so send me an e-mail if you would like to be invited at tim@imagemediapartners.com.

One final point for marketers. Pinterest has a robust sharing culture that does not encourage blatant marketing. Pay attention to Pinterest etiguette. For more guidance check out this great blog from HubSpot: The Ultimate Guide to Mastering Pinterest for Marketing. 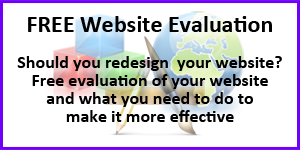 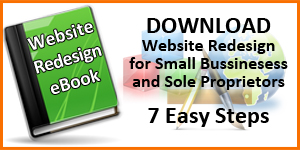