A Counter View to a Contrarian’s View of QR Codes 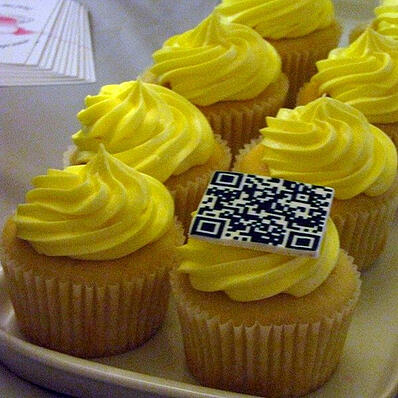 I’ve written a few blogs recently about QR Codes and in one of the online LinkedIn discussions the blog Are QR Codes Good For Local Marketing? A Contrarian View was shared. The author Chris Silver Smith does bring up some good points and they are good points for any emerging technology. For example Smith’s point about people not being aware of QR Codes is valid as is his point that the difficulty of downloading and using the app is an impediment to its use. He maintains that QR Codes are not a substantial improvement over URLs and finds it easier to type it into his computer. I for one have always found it easier to type on my computer as opposed to doing anything on my smartphone, including making a phone call, although because I can’t do something doesn’t mean that others can’t do it. I do not want to be in the position of predicting the success or failure of any emerging technology. I’ve been around long enough to have seen many good ideas fail and many stupid ideas make millions. There are however a couple of points, or counter points, I would make with Smith’s position.

First, his comparison of QR Codes with CueCat, a failed barcode reader from the late 1990’s is not valid. As he quotes Debbie Barham in his blog: “the CueCat fails to solve a problem which never existed.” Recent technological history is strewn with ideas, good and bad, that have failed. To compare QR Codes to a bad idea then jump to the conclusion that because CueCat was a pointless novelty QR Codes are too is not sound logic.

Second, he says that “The vast majority of average consumers haven’t a clue what it is!” He is right about that but he has no statistics to back it up and has no idea about the actual usage of Smart Phones and QR Codes. Only 31% of the US population has a smart phone according to research by Edison Research in their study “The Social Habit.” This study also shows that Smart Phone users also tend to be frequent social networkers. According to a recent study by Pew Internet Smartphone ownership currently stands at 35% nationally, 59% for those earning more than $75,000, 58% for those under age 45 and 44% for African-Americans and Latinos. According to research by the marketing firm MGH 70% of smartphone owners know about QR Codes, half have used them and 87% of them would use a QR Code to get a coupon. Now this is nowhere near tipping point numbers but when you consider that places like Japan and Korea, where about 60% of the population has Smart Phones, QR Code usage is much higher. In addition smartphone users are overwhelmingly early adapters, frequent social networkers, and precisely the people who create the buzz Smith says is lacking.

Third, he points out that Google dropped support of QR codes in Places. Here we are falling into the trap of doing what the 800 pound gorilla is doing; something in his blog he criticizes early adopters of QR codes of doing. According to Smith early adopters of QR Codes thought they would get higher ratings on Google Places because Google suggested QR Codes. Who am I to argue with Google? I don’t know what they are doing but since they don’t own QR technology they probably didn’t see an advantage to pushing the technology. That is just my opinion; I have no facts to back that up.

He also makes a point that you have to down load the app and that is a pain. It is, I agree with him. In Japan all smartphones come with a QR Code Reader app already installed. I would take a QR Code reader over the stock market app that was pre-installed on my smart phone any day. Smartphone manufacturers need to preinstall easy to use QR Code readers. That is the way to go.

What should Social Media Marketers Do about QR Codes?

Smith’s article was long and there are several other things I could address, especially his contention that a QR Code is only a replacement for a URL code. If being a URL replacement is all a QR Code is then I agree there is not much of a future. My contention is that a QR Code is a tool. As marketers (are there two others out there who want to form the Three Marketeers?) it is our job to figure out how to use this tool. I have never been a fan of technology for technology’s sake. It must solve a problem. I found out about QR Codes because I had a problem and I think it solved the problem. Are there still issues around the deployment, implementation and use of QR Codes? You betcha. It is our job, as marketing professionals, to solve those issues.

If you want to hear me go on and on about QR Codes, or if you would like a free assessment of your web site and online marketing plan you can request an website analysis and free consultation here. If you would like to tell me what you think of QR Codes, are they a flash in the pan or the answer to your marketing problems, let me know in the comments section below.