TED Shows How To Videotape Lectures 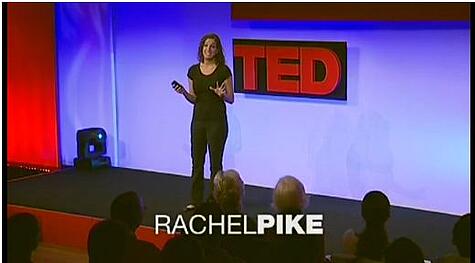 TED succeeds with online videotaped lectures by doing the opposite of what most academics told me to do over the past 25 years. Last week The Chronicle of Higher Education posted TED Conference Turns Professors Into Stars. For those unfamiliar with TED it is an annual conference on technology and society where speakers give short lectures, usually under 18 minutes. The lectures are recorded and available for streaming on the TED website and through streaming distribution services such as Roku. TED stands for Technology, Entertainment, Design and includes lectures by scientists, engineers, entertainers, poets, business leaders, politicians and just about anyone with something important to say. Its tagline is “Ideas worth spreading” and there are independently organized TED events, or TEDx events, all over the world that feed content to the main page.

The Chronicle article compared the TED event to a Hollywood film and described the experience of academics giving a lecture before an audience that didn’t consist of bored students or critical peers. Those familiar with this blog know that I am no stranger to video taped lectures. I had worked for over 25 years at the University of Washington’s UWTV and ResearchChannel and I have written about the role of video in academia, production techniques for educational video and I even used TED as an example in my E-Book on 10 Things You Can do with Video on the Internet.

The ingredients of TED’s success are not new but like many success stories no one actually put them all together before. TED is doing just the opposite of what most academics told me they would be willing to do when recording a lecture.

Reach beyond the classroom: The lecturer has an opportunity to reach a wider audience. Many academics think no one outside of their discipline cares about the topic. If they think that way no one cares about what they have to say. Many of these people feel that they can’t lower themselves to talk to an “uneducated” or “popular” audience.

Keep it Short: We struggled to keep speakers under an hour. I always felt that if you can’t explain something concisely and clearly you don’t really understand it. This is not to say that hour long lectures don’t have their place, they do, but they will never get the distribution on the internet that a shorter lecture does.

Production quality: A constant retort I heard from lecturers was, “I am an academic, I am not a movie star. I will not….a) provide legible slides, b) rehearse, c) stand in the light, d) talk into the microphone,” and a dozen other excuses. Would the professor turn in an academic paper with typos and smudged printing?

Tell a story: People like stories. People learn from stories. I’m always surprised when people figure this out and think it’s something new.

I think TED is doing a great thing especially in exposing a larger audience to a wide variety of academic and scholarly topics not available elsewhere. I think there is a place for longer, more academic videotaped lectures. Just don’t expect to get the same kind of distribution and views as a TED lecture.

Leave a comment below and tell us what you think about TED and the idea of videotaping lectures. Do you have experience with online video lectures? How can they be improved?

If you or your business, school or organization is involved in or would like to video tape lectures for online distribution please contact Image Media Partners for individually designed Training and Workshops.