Six Tips on how to Shoot for the Video Edit 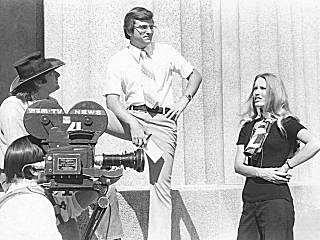 It should be evident from my last blog Six Video Editing Tips used by Professionals that an important element to any editing project is what is shot on location. In my E-Book and Video on Recording the One Camera Lecture I explain how to shoot a lecture so you can edit it so that it looks like you used several cameras. One of the advantages of shooting a lecture in this way is that you can edit down the length of the lecture or cover mistakes with the cut-a-way shots you recorded on location. This is often referred to as shooting for the edit. What do professional videographers or shooters do to be sure the editors have the shots they need to edit? Here are six tips used by professional shooters and directors.

2.     Telling the story cut-a-ways: Listen to what is being said. Does the speaker talk about their grandchild? Ask them if they have a photograph. If they talk about time moving slowly get a shot of the clock. Are there signs, objects or people around that help tell the story? Get a shot of them.

3.     Get a shot of people listening: A shot of the audience, a shot of the interviewer or of bystanders is always a good cut-a-way shot.

4.     Shoot action: Are you interviewing someone at their office? Get a shot of them walking into the office building or doing their job. Have the interviewer and the subject walking down the street talking. Stay wide so there are no lip synching issues.

5.     Shoot action close-ups: Is someone doing something? Take a wide shot of the action then repeat the action and take a close up. For example if the subject is getting their hotel key shoot the reception desk as the subject comes up and is handed the key by the hotel clerk. Then stage it again but get a close up of just the hands exchanging the key. Make sure that everyone uses the same hands.

6.     Stage transitions: Suppose the speaker has a long on-camera stand up. To break up the talk and to give the speaker a break, shoot the first part of the stand-up on a wide or medium shot. At the end of a paragraph or natural break have the speaker turn. Then move the camera 90 degrees to the side so that the speaker is now facing the camera at the end of their turn. Now frame the speaker up in a medium close-up or close-up and have them do the turn again and start the next segment. Now the editor can edit the two sentences together on the action of the turn.

There are many, many more things a shooter can do when they are recording the video to make it easy for the editor to work with the video. The shooter must think about how they can shoot for the edit. Are they giving the editor enough shots to work with? Would they be able to edit the footage? Will the shots make sense to the audience?

If you would like to get some more tips download the free video or e-book on Recording the One Camera Lecture. 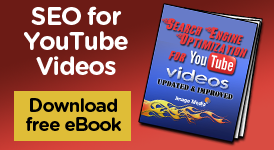